WASHINGTON, Aug 5 (Reuters) – Mountaire Farms, a top U.S. chicken company, is pressuring its contract farmers to oppose a Biden administration proposal aimed at improving their conditions because the company says it would ultimately reduce farmer pay, according to documents reviewed by Reuters and interviews with farmer advocates.

The privately owned chicken company, which says it is the nation’s fourth-largest with around 1,100 contract farmers, distributed letters to its farmers detailing why they should oppose the proposed rule and provided them with form letters to submit to the U.S. Department of Agriculture.

The rule, first proposed by the USDA in May as part of a broader effort to improve the conditions of contract farmers in the heavily consolidated U.S. meat industry, would require chicken companies to share more information about how contractor pay is calculated and provide details on the quality of inputs like feed and chicks that they provide to them.

Farmers have long complained that poultry companies pay poorly, that their pay can be docked without explanation, and that companies use input quality to reward or punish them.

“This rule is trying to bring more sunlight and transparency,” said Steve Etka, policy director for the Campaign for Contract Agriculture Reform, which works on poultry farmer issues. “Companies are pressuring growers to oppose efforts to give themselves more information.”

In the letter received by Mountaire growers, the company argued that the rule would make poultry farming more expensive, give advantage to foreign competitors, and reduce the wages paid to growers by chicken processors, according to a copy of the document reviewed by Reuters.

A Mountaire spokesperson said the company “wanted our farmers to have access to the information they needed to make an informed decision about whether to provide their own views on the regulations.”

So far, commenters have submitted 39 of the form letters to USDA, nearly 30% of the total number of public comments, according to a Reuters analysis of the docket. About 60% of commenters are opposed to the rule.

USDA on Friday said it was extending the deadline to comment on the rule by two weeks, to Aug. 23, in part because the agency has heard concerns about companies coercing farmers to oppose the rule, a USDA official told Reuters.

“There is fear throughout the meat and poultry industry, as we saw earlier this year at two separate Congressional hearings where witnesses did not testify due to concerns of retaliation,” said Agriculture Secretary Tom Vilsack in a statement.

Poultry companies pay their contractors in a so-called tournament system in which they compete with nearby farms. Poultry farmers have said for years that they fear publicly airing grievances with the tournament system because of potential retaliation from companies in the form of lower pay or worse inputs, like sick chicks or low-quality feed.

“Growers know, don’t cross your integrator or you’ll be slowly bled out of the industry,” said Aaron Johnson, program manager at the Rural Advancement Foundation International-USA.

Reporting by Leah Douglas in Washington Editing by Matthew Lewis 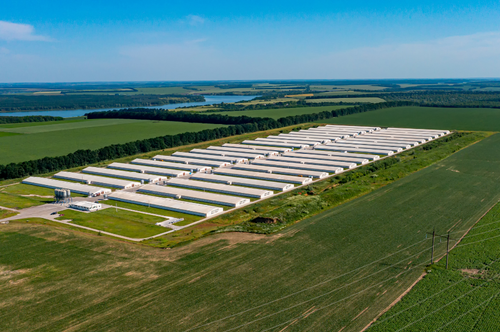 The proposed rule would require poultry processors to disclose more information on how they pay farmers contracted to raise chickens. BY: MARCIA BROWN POLITICO| 08/19/2022 […]